The legendary Alexandria Ballrooms is a historic wedding venue located on the corner of 5th & Spring Street in the heart of the Historic-Core in downtown Los Angeles. Designated a City of Los Angeles Historical Cultural Monument in 1971, it offers three iconic event venues in one spectacular building. It is also known to have welcomed presidents, dignitaries, and vintage Hollywood royalty since 1906. After decades, the ballrooms have been restored and have officially opened their doors once more. The Alexandria ballrooms offer a variety of environments.

The Alexandria has been a historic staple in the heart of downtown Los Angeles since 1906. The ballrooms hosted a myriad of luxury events for Hollywood stars, presidents, and other social royalties. These spaces became an elegant gathering place for lively elite crowds for the most prestigious events, including Charlie Chaplain’s wedding ceremony.

Stepping out of the Hollywood limelight The Alexandria played host to notable figures such as Winston Churchill, King Edward VIII and American presidents such as William Howard Taft, Woodrow Wilson, and Theodore Roosevelt. Accordingly, Ronald Reagan hosted a fundraiser for his campaign for governor in the early 1970s.

Organize a photoshoot in one of the many beautiful rooms within the venue...
Throw a cocktail party in the opulent King Edward Ballroom...

History behind the venue

The many photo opportunities on property

Location in the heart of downtown Los Angeles

The many venue spaces

There are no restaurants on site as this is a venue space only. All catering must be brought in. Please inquire with property for preferred caterers list.

Highlights of the area 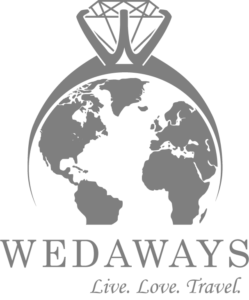