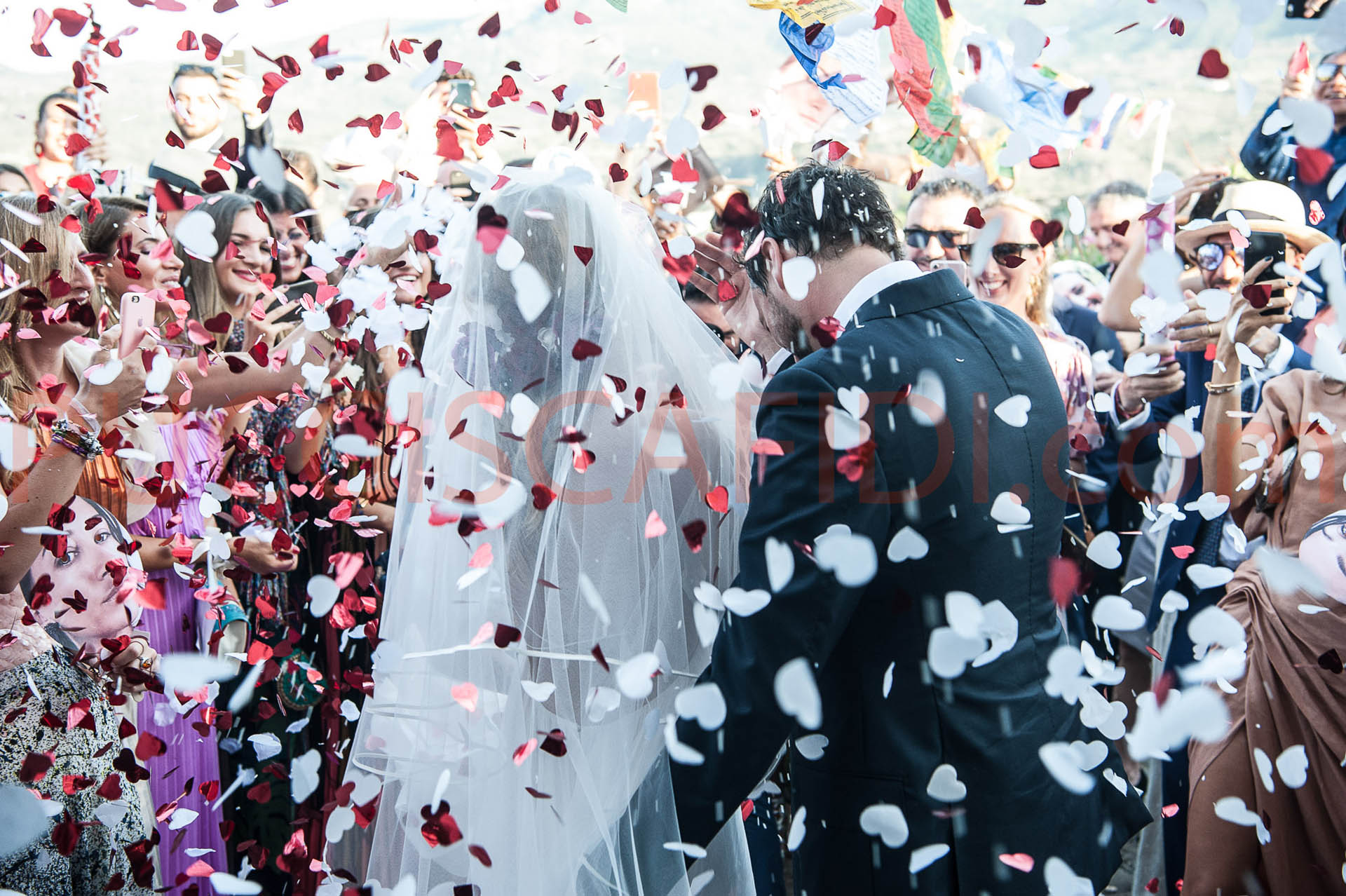 Spanish culture is full of romance. In college, I was lucky to spend a semester studying abroad in Sevilla, Spain. To say the city left an impression on me would be an understatement. The architecture is a perfect blend of the modern and old world, the people are full of love and passionate energy, and the smell of orange blossoms wafts through the streets.

A country steeped in history like Spain has beautiful wedding customs & traditions. Here are some favorites. 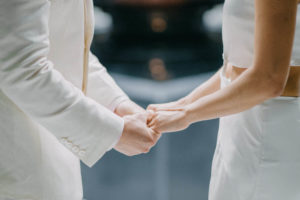 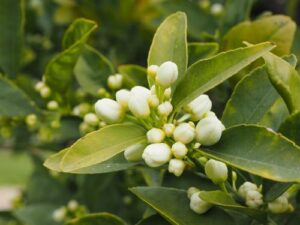 My greatest memory from living in Seville is the smell of orange trees around every corner. Since orange trees are so prevalent in Spain, it’s no surprise that the orange blossom is the traditional Spanish wedding flower. For Spaniards, orange blossoms represent joy and happiness for the newly married couple. They’re also symbolic of fertility.

I love orange blossoms so much that I named my company after them! Orange Blossom Special Events is my way of always remembering the beauty and smell of fresh orange blossoms and the blessings they represent. 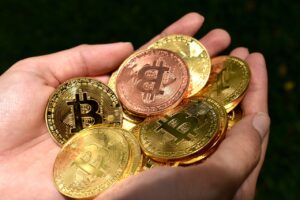 In Spanish Catholic weddings, similar to Catholic weddings around the world, the bride and groom share 13 coins known as arras or unity coins. The meaning of the coins varies a bit from culture to culture, but, in general, they symbolize good fortune for the marriage ahead. In the Catholic religion, the number 13 is representative of Jesus and his twelve apostles.

Although many brides today opt to wear white, the Spanish wedding custom is that brides wear a black, silk dress. For Catholic brides in Spain, the black signifies the bride’s commitment and devotion to her groom “until death do us part.” Today, a bride might choose to wear black as a nod to the tradition or to break out of the white wedding dress mold. 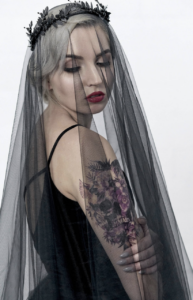 Similar to the black dress, Spanish brides traditionally wear a black wedding veil. The veil is edged with intricate lace and is called a mantilla. Starting in the 17th century, it was common for women in Spain to wear a veil, or mantilla, every day. As that practice fell out of favor, wearing a mantilla was reserved exclusively for special occasions, such as weddings. 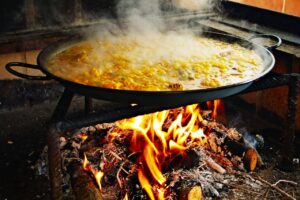 The rice dish paella, and seafood in general, are a big part of Spanish culture and is commonly served at large gatherings like weddings. Paella originated in Spain and is cooked on an open flame in a large, flat frying pan. The contents of paella vary but primarily consist of mixed seafood, rice, and vegetables. It’s a great dish for sharing with a big group!

In Spain, there’s a traditional Castillian wedding folk dance called “sequidillas manchegas.” During this dance, wedding guests pay the bride to dance and, at some weddings, may bid on her garter. The money earned by the couple during the dance is used to set up their new home together.

Cutting up the Groom’s Tie

During some Spanish weddings today, the groom’s friends will take scissors and chop up his tie, then sell the pieces to guests to raise more money for the couple.

As you can see, Spanish wedding traditions are rooted in the history of their culture. If you’re invited to a wedding in Spain, go! You’re guaranteed to have a good time.

Are you ready to learn more? Sentimental wedding traditions and customs were written for lovers of culture and romance. 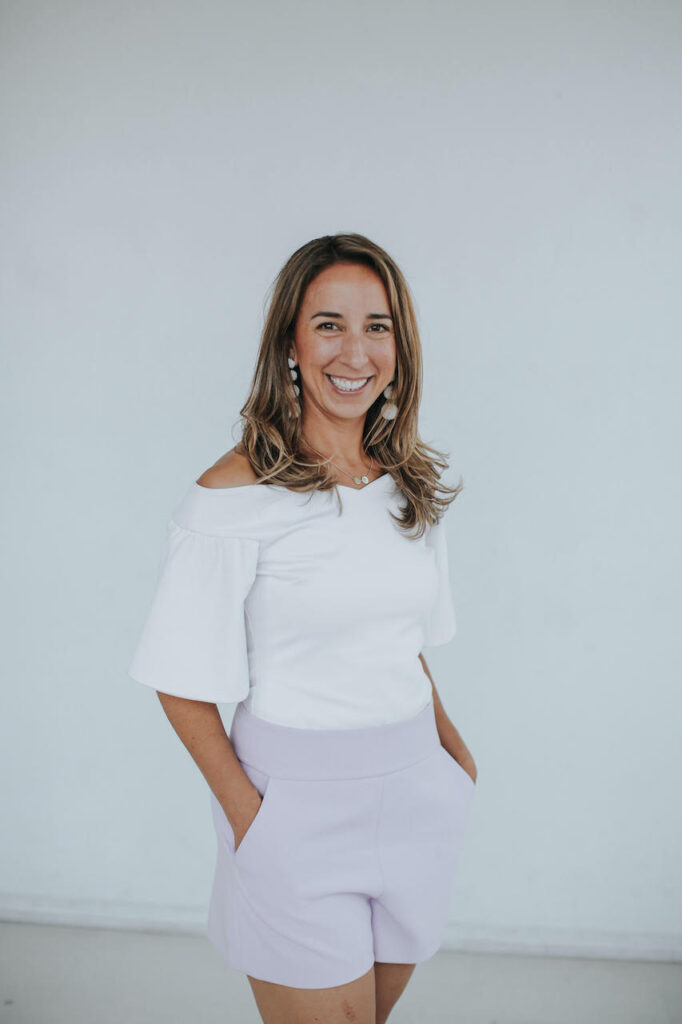 12 Travel Destinations to Add to Your Bucket List in 2021